Dough Zone is Bellevue’s newest Asian dumpling house, located in Crossroads. The lines are long for dinner but lunch isn’t as bad. It’s great having a bunch of fellow foodie friends on Facebook so I hear about all the best new restaurants. Mark Mizuno and his wife have been going there a couple times a week and expressing how great it is on their Facebook newsfeeds so I had to check it out for myself. Unfortunately not gluten free but I made an exception to check it out with a couple of my co-workers. One of them also made an exception to their vegetarian diet for the jian buns but I won’t mention any names. I think we both agreed it was worth it.

Dough Zone is probably best known for their jian buns (jian bao). They are buns filled with a mixture of pork and steamed and pan fried so the tops are pillowy and soft while the bottom has a nice crispy texture from the pan frying. So tasty and the prices are quite reasonable too. We ordered 5 dishes for the 3 of us off the paper menu in which you check off the items you’d like. Total price, $28. Not many places you can feed 3 people for that price.

There’s been a lot of comparisons between Dough Zone and Din Tai Fung which has been Bellevue’s most popular dumpling house and still seems to bring in more customers. I also recently discovered Din Tai Fung is a chain located in 10 different countries. Dough Zone is still young and no chain restaurant. Most that have tried it prefer it and their lower prices. So it may not be long before Dough Zone becomes the more popular choice. They are on opposite ends of Bellevue so Din Tai Fung will still be popular due to it’s location downtown which has a higher population. I haven’t technically been to Din Tai Fung so can’t say for sure which I prefer but I did get to taste some of Din Tai Fung’s dumplings at a Foodportunity event in 2012 and was not disappointed. Have you tried them both? Would love to hear your thoughts on which you prefer.

Dough Zone serves family style and not everything comes at once so it’s nice to have everything spaced out so the hot dishes don’t get cold.  Our first dish was the sweet and sour cucumber which was a great way to start the meal. The way the cucumber was sliced was exquisite and allowed the flavors to get inbetween all the layers. It looked kind of like a slinky. I thought it was designed using a machine at first but looking at it more closely I think it was made by hand. Next up were the pan fried leek dumplings which were surprisingly flavorful. The two large dumplings were cut in half and what made it even better was a touch of their homemade hot sauce dropped into the middle of the dumpling. The shape of the dumpling was also very well formed and looked machine made. I was expecting the wontons in szechuan sauce to be a little more spicy but I rectified that by utilizing the homemade hot sauce to spicen it up more. Then there was the famous jian buns which I already mentioned and lastly, the vegetable potstickers. They were the least favorite of the 5 dishes we tried. They weren’t that flavorful and the pan frying was not very consistent. 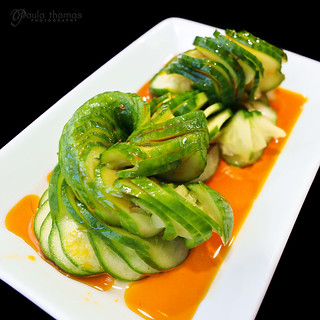 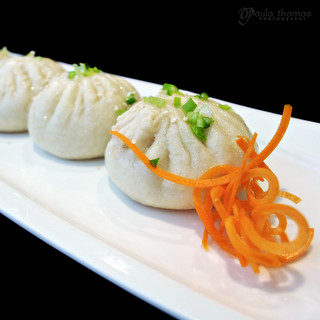 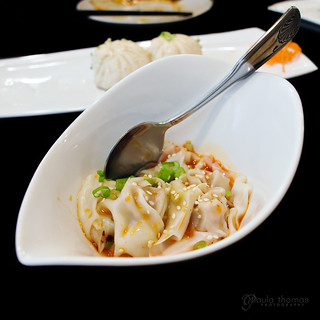 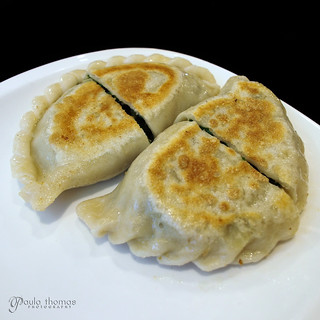 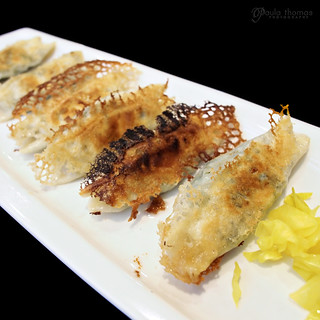 If you like Asian dumplings this is definitely a restaurant worth trying. I’d definitely go back and try some of the other dishes like the juicy pork dumplings and I’d get the jian buns, cucumber and leek dumplings again. At this time they don’t appear to be on social media and their website is not in English but there is a phone number and hopefully the person that answers speaks English.