Our favorite local winery put on a wine maker’s dinner at their home/winery atop High Rock in Monroe. There’s not a wine of theirs that I haven’t liked. We joined four other couples for a four course meal paired with a variety of Gregarious Cellars wines. We all picked out name tags which had various titles from Wino to Master Gardener. I chose “Farm Girl” for my name tag. We nibbled on cheese, crackers, nuts and a glass of sparkling wine while enjoying the view of the valley and chatted with the other guests before heading downstairs for dinner. Between courses we also tried a few other wines including a barrel tasting of the new Merlot. Merlot is my least favorite but oddly I’ve really enjoyed Gragarious’ Merlots and even though this one has a few more months in the barrel before it’s ready to bottle, it tasted like it would be another winner. 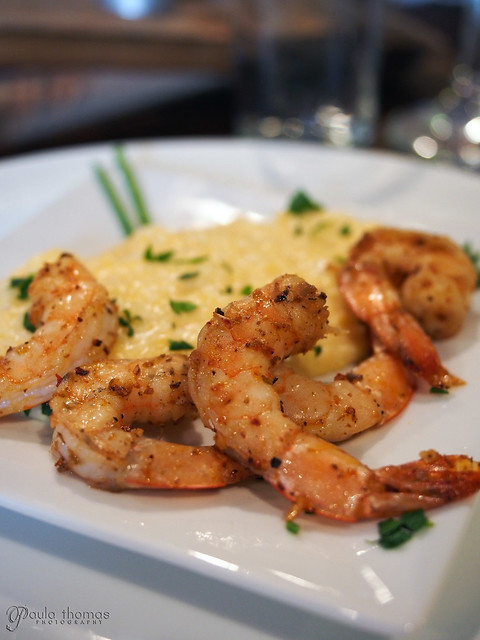 The first course was a spicy shrimp and polenta paired with a rosé. This was a great start. Polenta isn’t something I’ve had much of before and have never tried making it myself. I need to add that to my to do list. 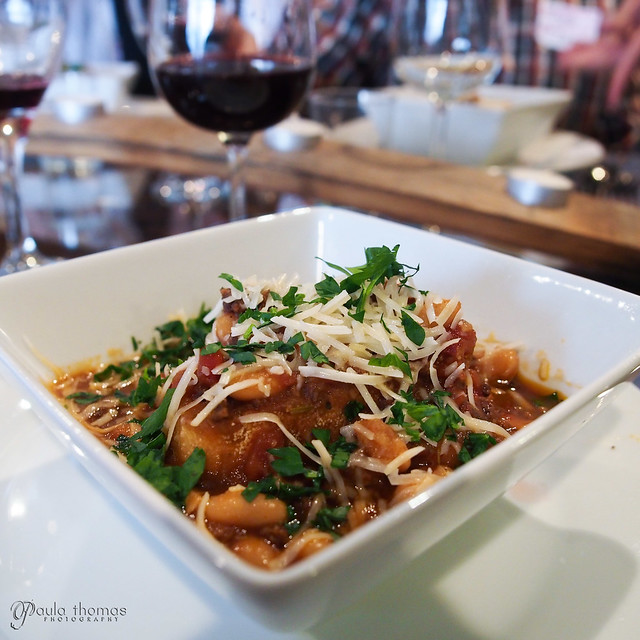 The second course was an Italian 3 bean and sausage soup paired with Barrel 46, a blend of cabernet franc, Cabernet Sauvignon and Syrah. I could have eaten another bowl of soup if we didn’t still have two more courses to go. It was cooked to perfection and paired nicely with the blend which was probably my favorite wine of the night. 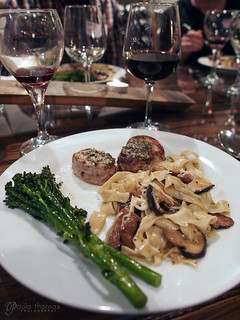 The third course was truffle pasta with a shiitake mushroom sauce and pork medallions paired with my second favorite wine, the Syrah.  Syrah’s have always been my favorite which is probably why I liked the blend so much. I believe syrah makes up the majority of their blend. I’m not usually a very big mushroom fan but was surprised to really enjoy the shiitake mushrooms in the dish. I didn’t even pick them out like I usually did and could have eaten more. The pasta was my favorite, loaded with garlic and that tasty sauce. 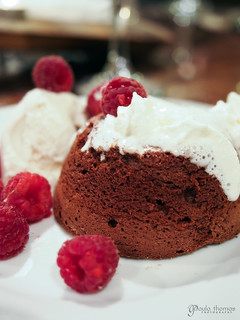 The 4th and final course was a divine molten lava cake with vanilla gelato and ripe raspberries, paired with Cabernet Sauvignon. This was a great ending to the meal. I don’t often eat desserts so it was a real treat and the cake wasn’t overly sweet like they somethings are.
It was a fun dinner and a great meal. Greg and Diana are wonderful hosts and we enjoyed meeting their cute and tiny little dog too. We hope to attend their upcoming blending party this summer which is yet to be scheduled. 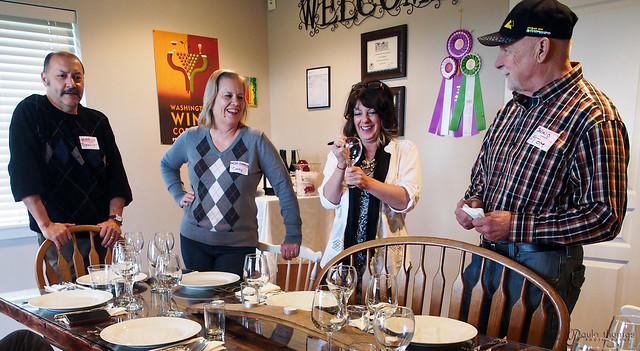 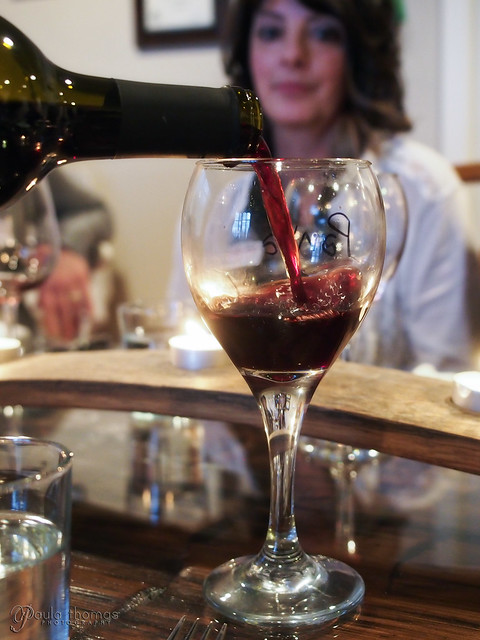 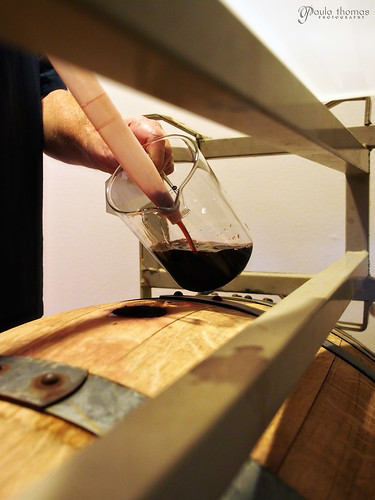 Time to play a game of Find the Queen. Do you see her? She happened to be in the first and only frame I pulled from the hive and I wasn’t even really looking for her in this inspection. Just took a quick peak at the bottom of each box to see if they were thinking about swarming yet and all looked good. No swarm cells in progress but lots of brood so gotta keep an eye on them.
The anemone's just keep coming. This is another favorite from @haldengarden. Love the hint of red at the base of these blooms. Should have some more ranunculus blooming soon.
Finally got another fig tree in the ground. This one is a desert king that I rooted from a cutting last year. I amended the soil with @kellogggarden soil conditioner and sprinkled some @plantsuccessorganics mycorrhizae on the roots and in the planting hole. Hope it grows well and doesn’t lose its figlets. Our other in ground fig tree still hasn’t woken up yet. 😩
This might be the latest I've planted out the onions. Finally got em in the ground yesterday. This year we have ailsa craig, patterson and rosa di milano. I am really liking the tall 3.5" containers I found at @greenhousemegastore. They have ridges on the sides which keeps the roots from coiling around the pot and getting root bound. I'm also using them on some of the peppers. Will definitely use them again next year.
Last year @haldengarden introduced me to anemones and ranunculus by sending me 1 of each variety in their collection to add to my garden. I decided to presprout and plant them last fall around the backyard fig tree. The anemones have been blooming for a few weeks and the first ranunculus bloomed this week and it's a beauty! It might be their amandine orange variety but I'm not positive. I can't wait for the rest to bloom. Each one is a beautiful surprise.
Spent a lot of time with dandelions this week. Picking them wasn’t too much work but removing the stems and calyx was very time consuming. I’ve been wanting to make dandelion wine for a while but always miss the window because it’s the busiest time of the year but I made time this year. But I still have a ton of plants to repot and onions to get in the ground.
Sometimes bees just don't do what you want them to. Probably punishing me for splitting them so early. They appeared to fail making their own queen so we picked up a mated queen for them as early as we could from @snohobeeco. The queens come in these little wooden boxes with a cork which needs to be removed and replaced with a mini marshmallow to allow the workers time to get used to her. The box is placed between the frames with the screen facing out between them so the workers have access to attend to her. They eat away at the marshmallow to release her. A few days later I confirmed the cage was empty and checked the hive again a week later but no eggs or larvae to be seen and I couldn't find the queen either. It seems they didn't like her. I gave them a frame from another hive in hopes they'll make themselves a queen. If that fails I'll probably combine it with a split that I'll likely need to do on one of our other hives soon. These bees like to keep us on our toes.
This is what’s left of the spring garden starts. I’ve also started acclimating a few summer flowers like zinnias and sunflowers. More stuff will be coming out of the growroom over the next few days. Get a closer look at the starts and varieties I have acclimating in the new video on my channel.
Have you grown potatoes from seed? Sometimes potatoes will form poisonous berries at the end of the season but you can save seeds (TPS - true potato seeds)from them like you would a tomato. Ours never seem to produce berries but I got some berries last year from a neighbor and started some this year. They germinated surprisingly well. It will be interesting to see what they produce.
We have babies! We didn’t get any last year so it was time for some youngsters. The number of eggs chickens lay reduces after a couple years until eventually they stop laying and we’ve got a few of those now. We picked up a couple copper marans from @sabikaseattle, one blue and one black. The third we are hoping is an olive egger but only time will tell. Let’s see how well this hemp bedding does inside. They may get moved to the garage for a few weeks before they go outside.
The lettuce I planted in the greenhouse last fall is finally growing and its growing big. Look at the size of this thing. It's enough to last us a week and there's still a few more that need to be harvested before they bolt. The greenhouse has gotten into the 100s several days this week. Nearly everything in there is bolting but this lettuce has been holding up surprisingly well. I believe this was the outredgeous romaine variety I planted in September. Are you harvesting any overwintered greens?
The apple trees are blooming! We put in a Whitney crabapple to help pollinate our Braeburn but it started blooming a week earlier so wasn’t sure if that was going to work but the Braeburn just started opening up too. I haven’t seen any bees on the blossoms though. 🤷🏻‍♀️