Every summer there is a series of table to farm dinners to benefit Sno Valley Tilth. They take place at member farms and have volunteer chefs prepare the meals for around 100 people. Last summer was the first we had heard about them but we opted to go to the Taste from the Garden dinners at Pine Creek Nursery instead which were easier on the pocket book and featured wine from our favorite local winery. Unfortunately they didn’t do their farm dinners this year so we opted to go to one of the Sno Valley Tilth dinners instead. There were only two to choose from and we decided to go to the one at the Experience Farming Project in Carnation with Chef Garrett Brown preparing the meal.

The evening started at 4:30 with some Desert Wind Chardonnay and an appetizer that included potted goat and pickled lamb tongue. It doesn’t sound very appetizing but was actually good and tasted nothing like what I imagined tongue would taste like, very tender. I didn’t even realize what we were eating until after it was gone. 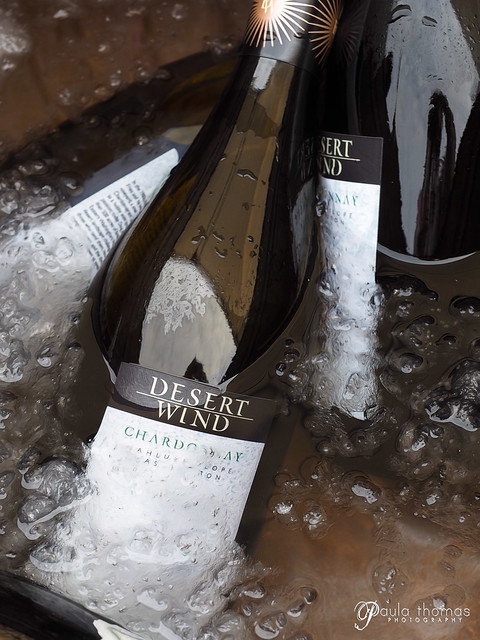 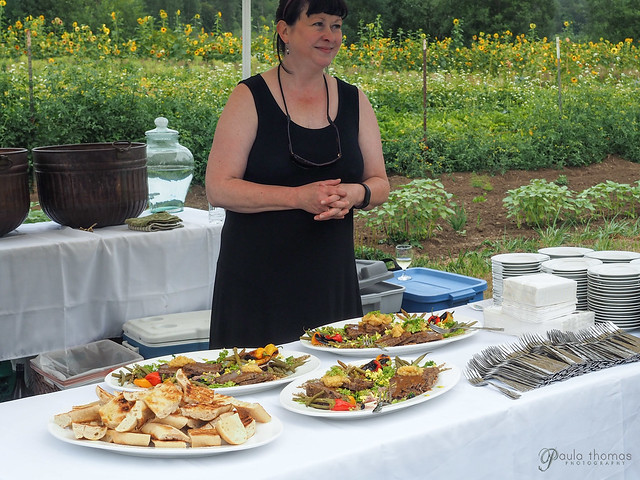 Before dinner, we broke up into two groups and our group split again into 3 groups where each group paired up with one of the farmers for a tour of their garden plot. We got to visit with 2 of the farmers participating in the Experience Farming Project as well as the farm manager who is also farming the land. We learned about what they were growing, where their food was going and what some of their favorite crops were. Below are the 3 farmers we toured with: 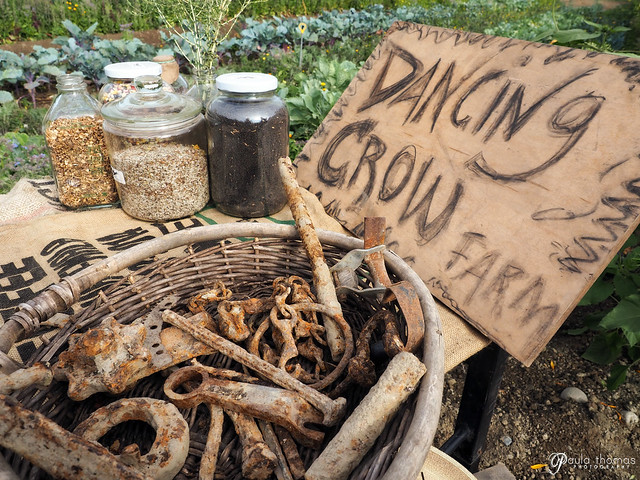 Sean is the Experience Farming Project’s farm manager and owns Dancing Crow Farm. He told us a bit about the farm and how it provides hands on farming experience to those interested in making farming a business. Sean concentrated on five main crops in his plot which included a couple of different varieties of beans and tomatoes. He mostly sells his produce to non-profit organizations around Washington. Most of the farmers seemed to use buckwheat as a cover crop and could see it popping up between various plants on most of the plots. I have some buckwheat seeds that I got from a seed exchange last year that I may plant as a cover crop this Fall in my garden beds. He and most of the other farmers seemed proud to own a walk behind tractor which they use for tilling the tough soil prior to sowing their seeds. Sean collects artifacts that he finds which were left behind by the dairy farm that once occupied the land they are now farming. 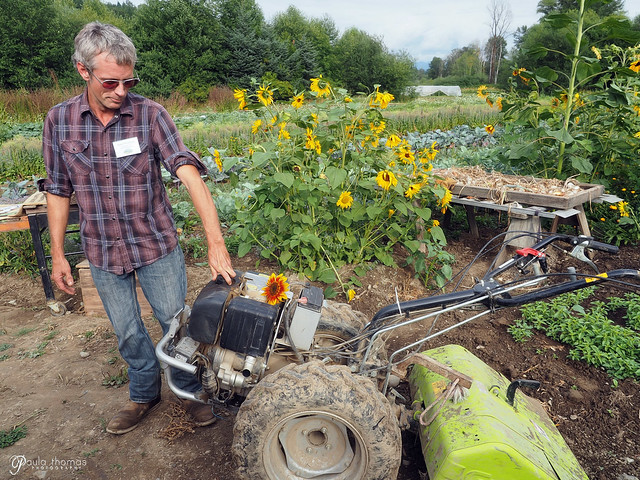 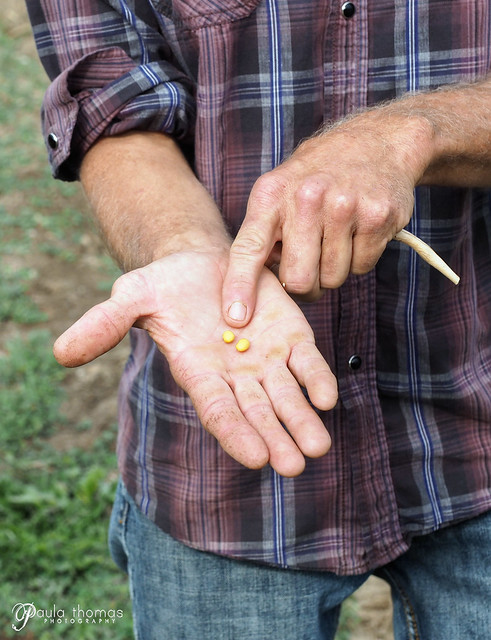 This was Auggie’s first year with the program. He quit his corporate job to become a farmer and has started Jumanji Farm. He is all about the business and marketing aspects and the crops that give you the most bang for your buck. He grows a wide variety of fruits and vegetables and learning what grows well and not so well in the area. He mentioned brassicas like kale and cabbage are difficult to grow due to bugs which is a big problem for everyone in the valley, including me. I’ve managed to control them somewhat using a mix of neem oil and water. His favorite crop to grow is tomatoes. I asked what his favorite variety is and he responded with an orange French variety called Jaune Flamme. It’s not a variety I had heard of before so I looked it up online when I got home to see what I could find out about it. An orange tomato is the only color I didn’t grow in the garden this year and have been trying to decide which one to grow next year, this might be the one. It is an indeterminate variety that produces orange, golf ball sized fruit fairly early, has a unique citrusy taste, is resistant to many diseases and looks beautiful. What more could you want from a tomato? Auggie sells his produce at farmer’s markets and also has his own CSA. 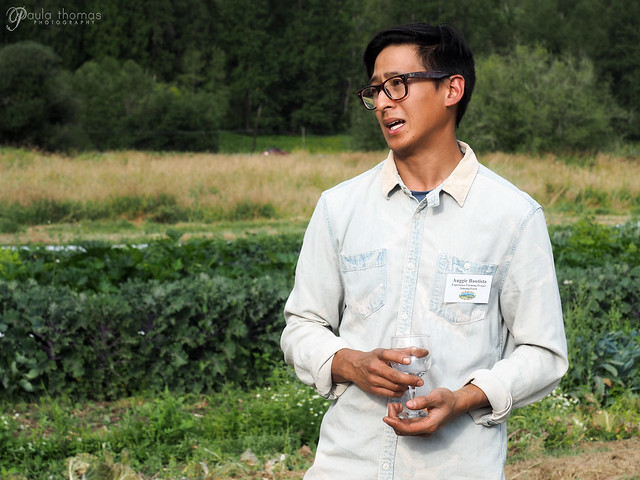 Bob owns Green Fields Farm and is in his second season with the Experience Farming Project. He grows lots of leafy greens on a half acre that he sells at the Carnation Farmer’s Market on Tuesdays. He follows organic practices though is not certified. He recently bought some property nearby with land that he will be preparing to farm on next year. 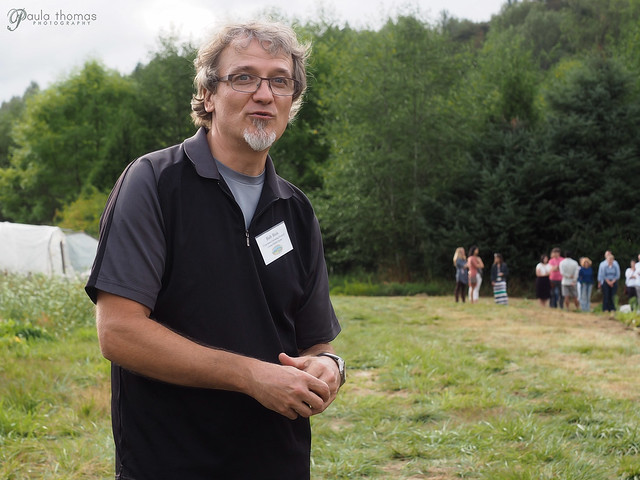 I didn’t realize there were gluten free and vegetarian options when I ordered the tickets for the event. We spotted several seats with gluten free and veg tags so I talked to one of the staff about getting the gluten free option. The food was served family style with the exception of the gluten free and vegetarian options which were served on separate plates much later than the rest of the table was served I might add. There was no menu for those options either so I can’t say for sure what they were. Each family plate served 8 people but 1 of us was gluten free and 1 was vegetarian so most of the plates were only shared by 6 people. I was surprised that all of the family style courses had gluten except the salad. Each course was paired with a wine from Desert Wind. The dessert was a blackberry hand pie and Crème Fraiche ice cream while the gluten free option was just the ice cream. I was hoping for some berries to go with it but there was not. The ice cream was good though. The meal was finished with coffee and/or a brandy unlike anything our table had ever had before. 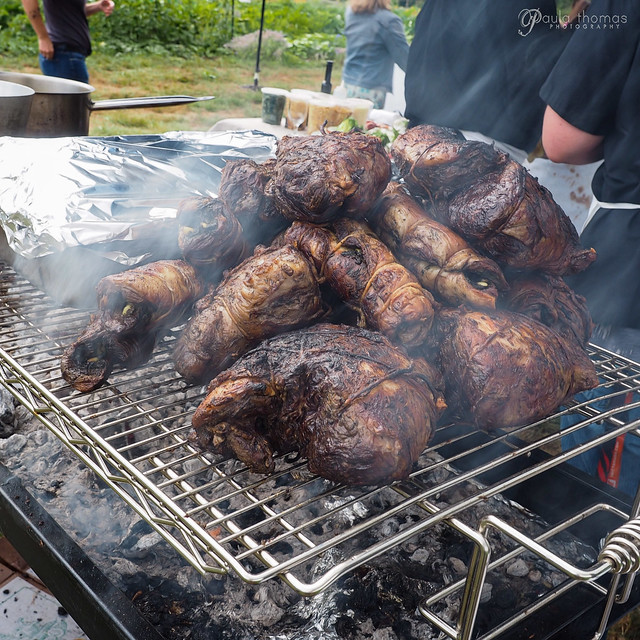 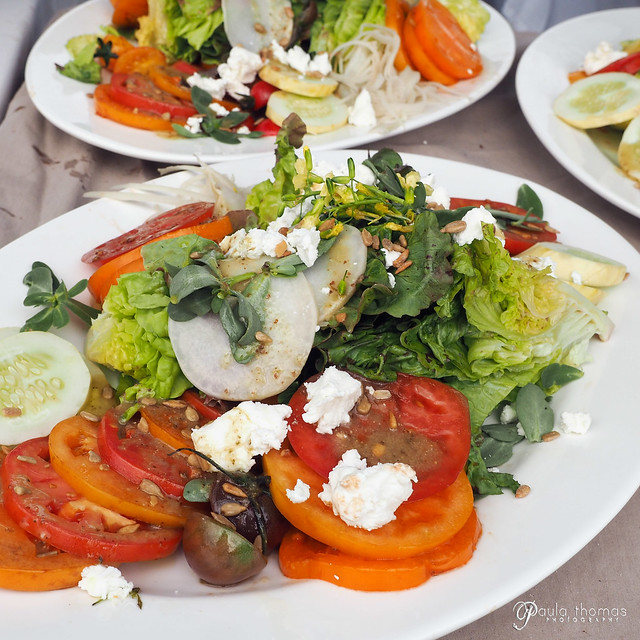 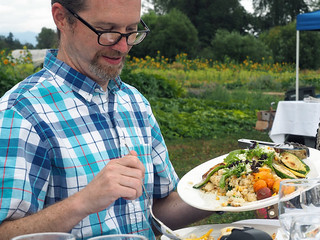 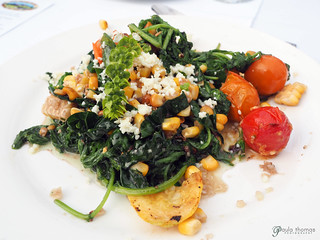 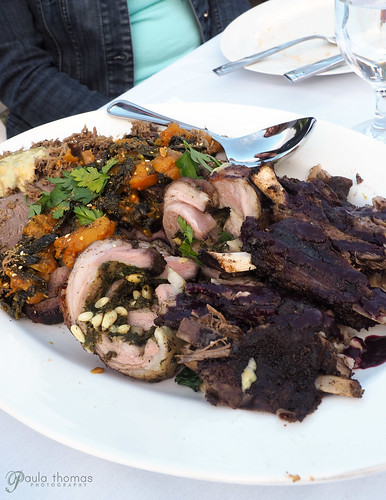 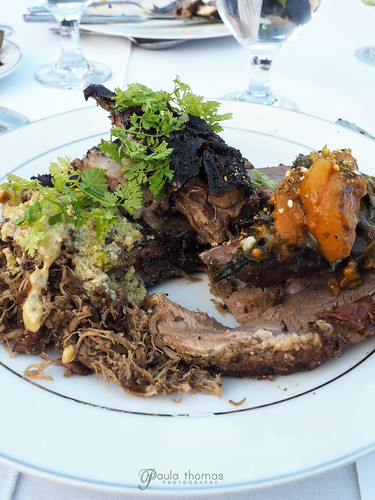 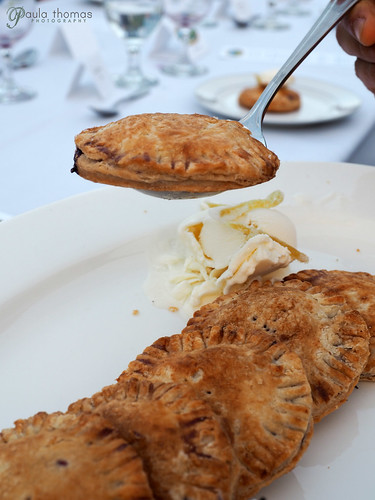 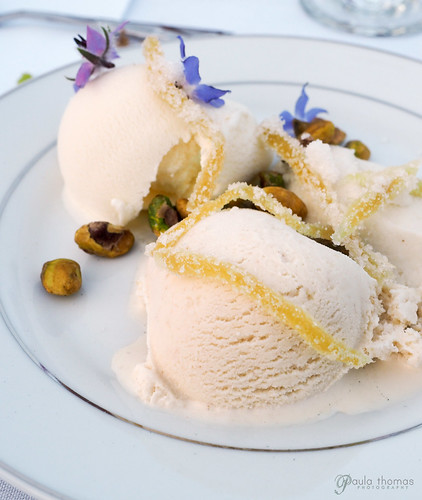