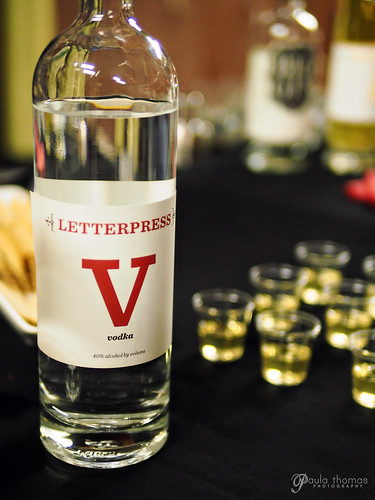 We had the opportunity to take a tour of Letterpress Distilling with some fellow food bloggers in the Seattle area. They are a relatively small operation in South Seattle with a big enough space that allows them room to grow and I’m sure they will.

The owner, Skip Tognetti, treated us to some local cheeses, cured meats from Salumi and two cocktails to go with them. The first cocktail was a twist on Bee’s Knees called La Vespa, made with their vodka, lemon juice and Captive Spirits Big Gin. I’m not a huge gin fan but mixed with vodka and lemon juice, it made for a tasty cocktail. The other cocktail, served hot, was the Letterpress Toddy made with their limoncello. Both recipes can be found on the Letterpress Cocktail Recipe page. 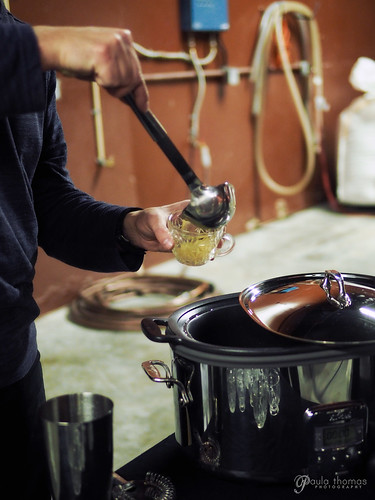 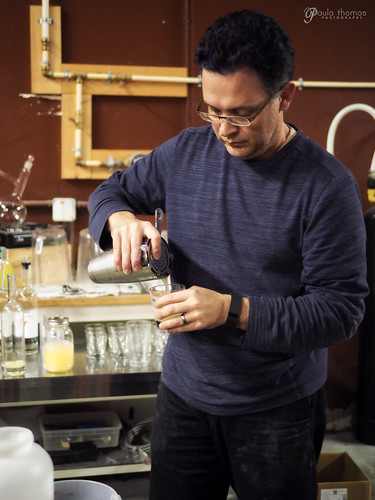 We later got to taste the limoncello and vodka by themselves. A lot of the vodkas I’ve tried don’t have a lot of flavor but this one is very complex with some anise and vanilla notes. I was really impressed. The lemoncellos I’ve tried before have always been really sweet and I wasn’t very impressed by them. The Letterpress limoncello however is not like the others. You can tell just by looking at a bottle next to other brands that it’s different. Not only do they not use artificial ingredients but they use local blackberry honey as a sweetener rather than sugar or corn syrup that most other brands use. 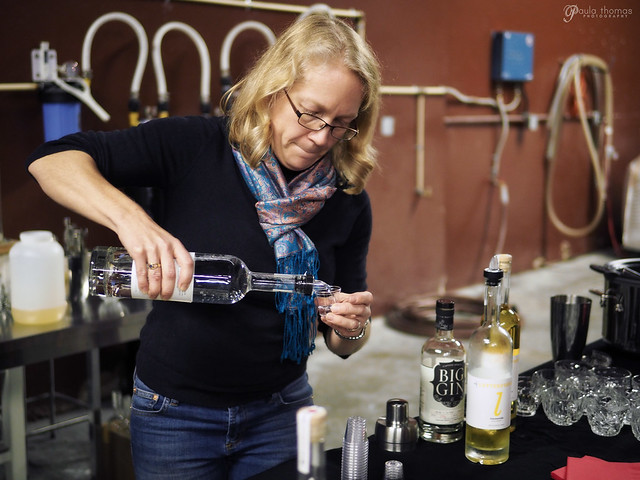 Letterpress is truly a hand crafted, grain to glass company and sources nearly all of their ingredients locally with the exception of the lemons for their limoncello which come from California. They use no artificial flavorings or colors like the majority of limoncellos on the market do. Much of their process is very manual and little to no automation. They zest each lemon by hand using a lemon zester and stir the jugs of lemon zest infusion by hand daily until it’s ready. They are also continuously testing the alcohol content as it comes out of the distiller. 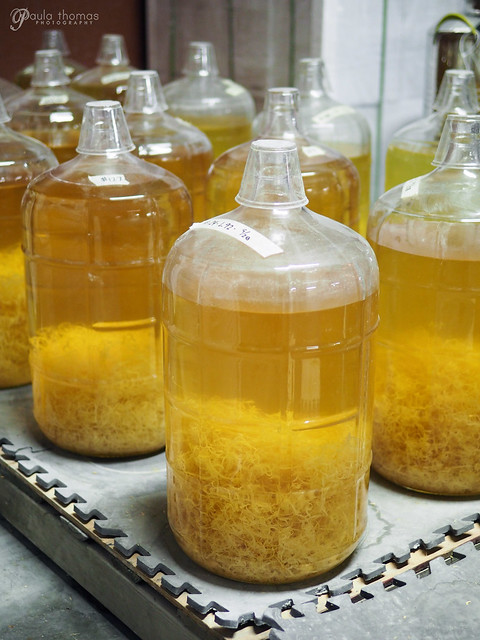 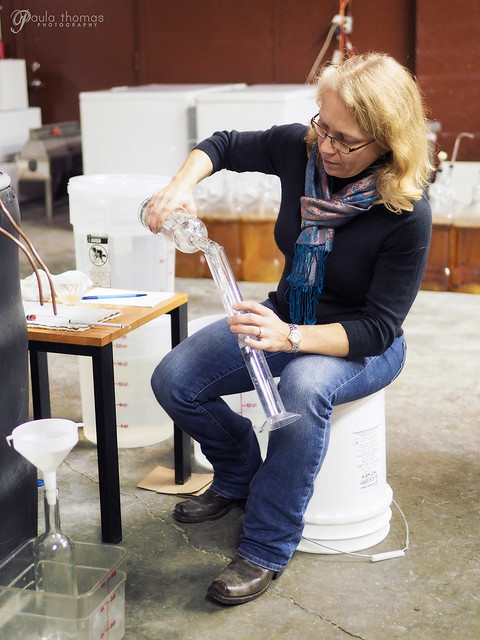 One of the processes they use that I found interesting is how they separate out the proteins from the limoncello so that when people put it in the freezer, they won’t get a separation and that’s exactly what they do to separate it out. It goes into a freezer to allow the proteins to separate and they are removed. The process is done a few times to remove as much of the proteins as possible. They are currently looking for creative ways to use the discarded proteins. Raina, from makemendgrow.com, was lucky to take a bottle of the proteins home with her and plans to make some soap with it. I can’t wait to hear how it comes out. I might have to try and get some for soap making too.

We all got to take home a small bottle of the limoncello, a couple of limoncello shortbread cookies and we bought a bottle of the vodka which comes with a batch and bottle number on the label. They have a blood orange liquor coming out in a few months that I’m hoping to get my hands on a bottle. It’s a seasonal product with limited quantities and I hear it’s really good.