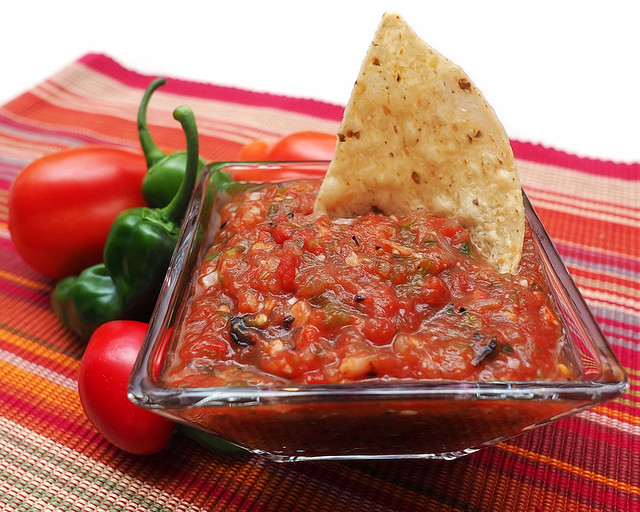 I just finished canning a batch of salsa that I thought turned out pretty good so wanted to post the recipe for my own future reference as well as for others who may be looking for a good salsa recipe.

My mom makes an insane amount of salsa every year and plants a crazy amount of tomatoes and peppers in her garden. Unfortunately a flash flood followed by a hail storm destroyed her garden this year before she could even harvest any fruit for her salsa. I plan on sending her some of mine though it won’t be able to replace all the salsa she would have made this year. I like my salsa chunky and hot but not deadly and this recipe is just that. I hope she likes it.

I grew 22 varieties of tomatoes in the garden this year. I chose to use only paste tomatoes for the salsa since they are the meatiest and have the lowest water content. I grew two varieties of paste this year and used half of each for this recipe. Martino’s Roma is your more traditional roma and the plant is very productive. Ardwyna is a much larger paste tomato than any I’ve ever seen and even meatier than the Martino’s Roma. Some of the ardwyna tomatoes had a little green on the tops while the rest of the tomato was ripe. The size of these tomatoes gives it the real advantage for making sauces and salsas since they require much less prep work. I harvested some that were around 1lb which is the size of a beefsteak. Will definitely grow them again next year.

I chose 4 of the 10 varieties of peppers I grew in the garden for this recipe. I was introduced to padron peppers at Delancey, a pizza place in Seattle, that has a seasonal padron pepper pizza. It has a nice flavorful spice. I got my hands on some padron pepper seeds in a seed exchange this year and was excited to grow them myself. Will definitely grow these every year. They are a little spicier than a jalapeno and have a better flavor too. I also used jalapenos which everyone is familiar with. The variety I have is a larger variety that has big seeds so I decided to deseed it for this recipe. I also used a couple of poblanos which are a mild pepper but have a nice flavor, especially when roasted. I added a small purple bell pepper which I don’t think added much flavor to the salsa but it was ripe and ready so I tossed it in. I didn’t think the salsa was quite hot enough so I added some cayenne pepper that I dried last year. I have some spicier peppers in the garden (habanero and scotch bonnet) but unfortunately they aren’t ready to harvest yet or I would have used those to make it spicier. 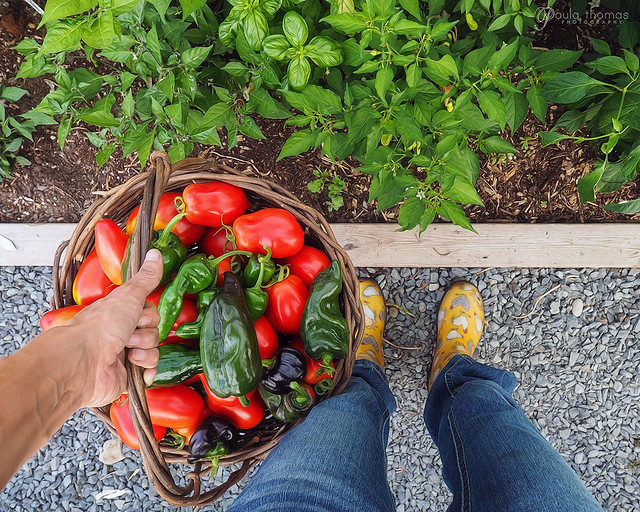 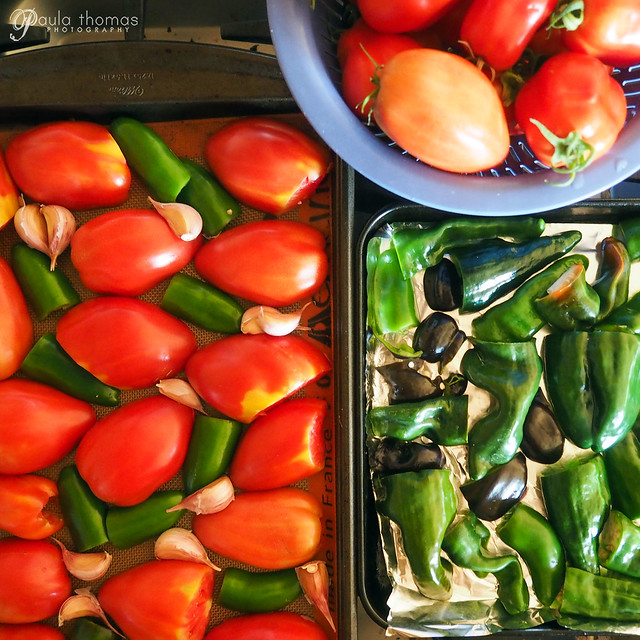 My favorite ferment that I make every year is this cucumber pepper relish and I finally posted a recipe video on how I make it. Every year it comes out a little different as I use different pepper varieties and maybe slightly different ratios of ingredients but it always comes out delicious!
We got some more organizing done in the garden shed. There’s now stuff hanging on 3 walls and shelving on the other thanks to @maginashun ‘s handiwork. Now there’s room for all 32 figs to spend the winter in the shed.
The trumpeter swans have made their way back to the valley. We are lucky to not have to go far to see and hear them. Literally taken from the backyard the other day. 😍
Strawflowers are one of my favorite flowers to grow. Thanks to seeds from @verdant.tiers, I added some more colors to the garden this year. You’ll find the second photo of a skipper butterfly on a strawflower in my 2023 pollinator calendar.
Is there any other fruit that is more diverse than figs? There are so many different colors, shapes, sizes and flavors. It’s why I’m such a fan!
It for real should freeze in the next day or two so got the rest of the peppers picked, ripe or not. Now to figure out what to do with them. Don’t really need more hot sauce. I’ll probably freeze some and make cowboy candy with some.
In case you were wondering how my peppers in a can turned out, this is the result. I ended up not entering them into the contest. Was a little late getting photos taken of them and wasn’t very impressed with them this year. Will likely try again next year though.
Harvested the last of the tomatoes today. These were hiding out in the greenhouse and evaded blight but we may get our first frost tonight so decided it was time for them to go. This variety is called Mama Leone.
Going to be picking lots of peppers in the coming days. Freezing temps in the forecast on Thursday. My October pepper update shows how things are going with the peppers. This is a recent harvest of criolla di cochina, aji Guyana and sugar rush red.
Fall is here! Someone flipped the rain switch and every day is wet and the leaves are falling fast.
I grew carminat and pellegrini beans around my corn this year. This is my first time growing carminat which I got from a local seed swap. They are a purple pod bean but I somehow ended up with some green and yellow colored pods in addition to the purple. Some of the seeds also turned out a different color, a pretty dark blue and some of them had tan on the ends. The carminat seeds I planted were all tan colored. The flat beans on the left are the pellegrini and all the other ones came from carminat seeds. Saving these dark blue ones to grow next year. I believe they came from the yellow pods.
The biggest and juiciest fig this year is Roberts Golden Rainbow. They ripened over the course of about 6 weeks and I did a tasting video of the last harvest which is now up.