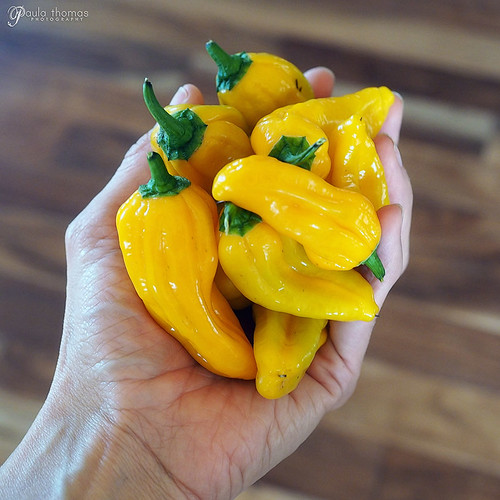 I had an abundance of peppers in the garden this year, including some super hots. I’ve made salsa the past few years and dehydrated some last year. This year, but the peppers kept going after the tomatoes were done. @deanacat3, a friend on facebook, is always posting about her fermenting adventures in the kitchen and has posted several times about making fermented hot sauce. I’ve fermented a lot of things but never tried peppers. I made two batches of sauce, one with a variety of every color of pepper in the garden and the second with only yellow and green varieties. I received some yellow ghost peppers from a neighbor and decided to put them into a sauce along with the last of my yellow and green variety peppers from the garden which resulted in the Green Ghost Hot Sauce. 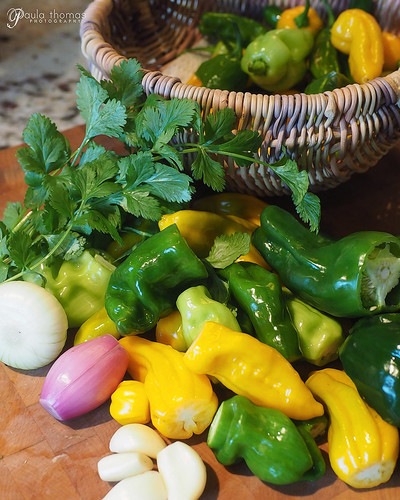 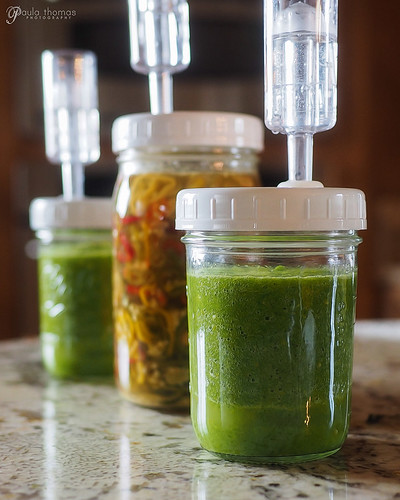 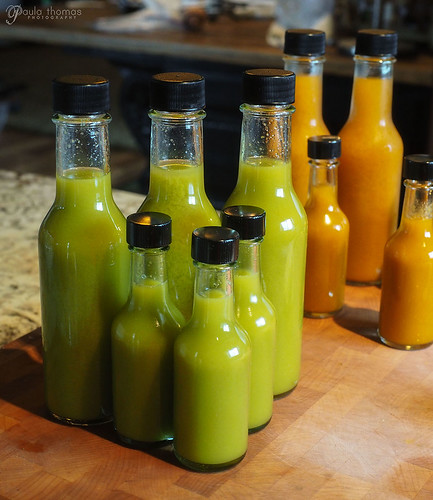 Happy #nationalhotsauceday! Anyone else have a dedicated shelf in your fridge for hot sauces?
I did a thing... I attempted to make black garlic with my new @brodandtaylor proofer. I had mixed results and quite a bit of inconsistency but I managed to get 1 of the heads to come out pretty good. The rest of the heads were either dry as a bone or rubbery and various shades of brown. I ended up dehydrating all those and turning them into black/brown garlic powder which I'm sure will be a wonderful substitute to regular garlic powder. I think moisture was the biggest issue. Next time I will try wrapping the garlic in plastic wrap first and then aluminum foil around that. Also, I damaged the proofer by putting it in front of a wall heater that rarely ever comes on but it must have come on during our snowpocalypse. I'm currently proofing a sourdough loaf that uses some of that black garlic in it. I look forward to baking it tomorrow morning. See my channel for the black garlic video.
We got a pair of these hummingbird feeders. They aren’t as fancy as our old ones but they’re so much easier to keep clean. The hummers were feeding from them as soon as we put them out.
I won a box of 50 tulip and 50 daffodil bulbs from Washington Bulb Co during @wagrowntv’s holiday giveaways. Of the 10 varieties, I’m most looking forward to this ice follies variety. I hope I got them planted in time for them to bloom this spring.
Happy to report all of the radicchio survived the snowpocalypse! This cicoria rosa must be an extremely cold hardy variety. These weren’t even in the greenhouse but were protected by a frost cloth. Still not quite ready to harvest though.
I’ve filled up a big bag with dried herbs and flowers harvested from the garden for the chickens. It contains a variety of mints, sage, rosemary, parsley, thyme, lemon balm, marigold, calendula and lavender. I sprinkle it in the chicken coop and nesting boxes to freshen it up and hopefully encourage those girls to start laying again. They can also deter mites, lice and rodents. It’s been a couple months since we’ve seen an egg in the nesting boxes so we had to buy our first eggs in a few years last weekend.
The sun came out for a minute this weekend and this hive decided to have a party. I can’t believe how many bees are still packed in this hive. The problem with this is they are just blowing through their honey stores trying to keep so many bees fed. We opened up the top box and there’s not much honey left. We replaced two of their empty frames with two full ones from the dead out and also gave a few pieces of sugar blocks. Need to keep a close eye on this hive as the weather permits so they don’t starve.
The snow started on Christmas and didn’t melt until Thursday. It got down to 7 degrees Fahrenheit and 10 in the unheated greenhouse. Many things did not survive in the garden but some things made it through. I have a new video up showing the snowy garden.
Happy National Bean Day! Last season I grew more bean varieties than ever before, much thanks to @ajwildwayfarm who sent me a sampling of 11 different varieties and I grew all but 1. I'm one of the few people I think that is not a fan of scarlet runner beans because they are too lima bean like and have never liked those. In addition to those I also grew 6 other varieties. Out of all the varieties I grew, the ones that did the best were black turtle, cherokee trail of tears, good mother stallard, and pellegrini. Skunk didn't do too bad either. I've already obtained some new varieties to try out this season which includes Monachelle di treviso, Karachaganack, pale grey lavender, Nonna Agnes, bingo, O'Driscoll and viola. I primarily grow pole beans but I usually grow some bush beans after harvesting onions/garlic. Do you have a favorite bean variety?
I just couldn’t resist buying some seeds from @bakercreekseeds for this season. I got a free packet of merlot lettuce with my order which I haven’t grown before. I ran out of dazzling blue kale seeds and I found some flowers I had to try. Gomphrena (globe amaranth) is a first for me. What seeds have you ordered?
Saved lots of seeds last season, mostly tomatoes and peppers but a few herbs and flowers too. I save them for future growing as well as for seed swapping and occasionally selling. Are you a seed saver?
Happy New Year! I thought I’d continue the tradition of sharing my Top Nine photos from the past year. I think some berry photo has made the top 9 for the past several years.